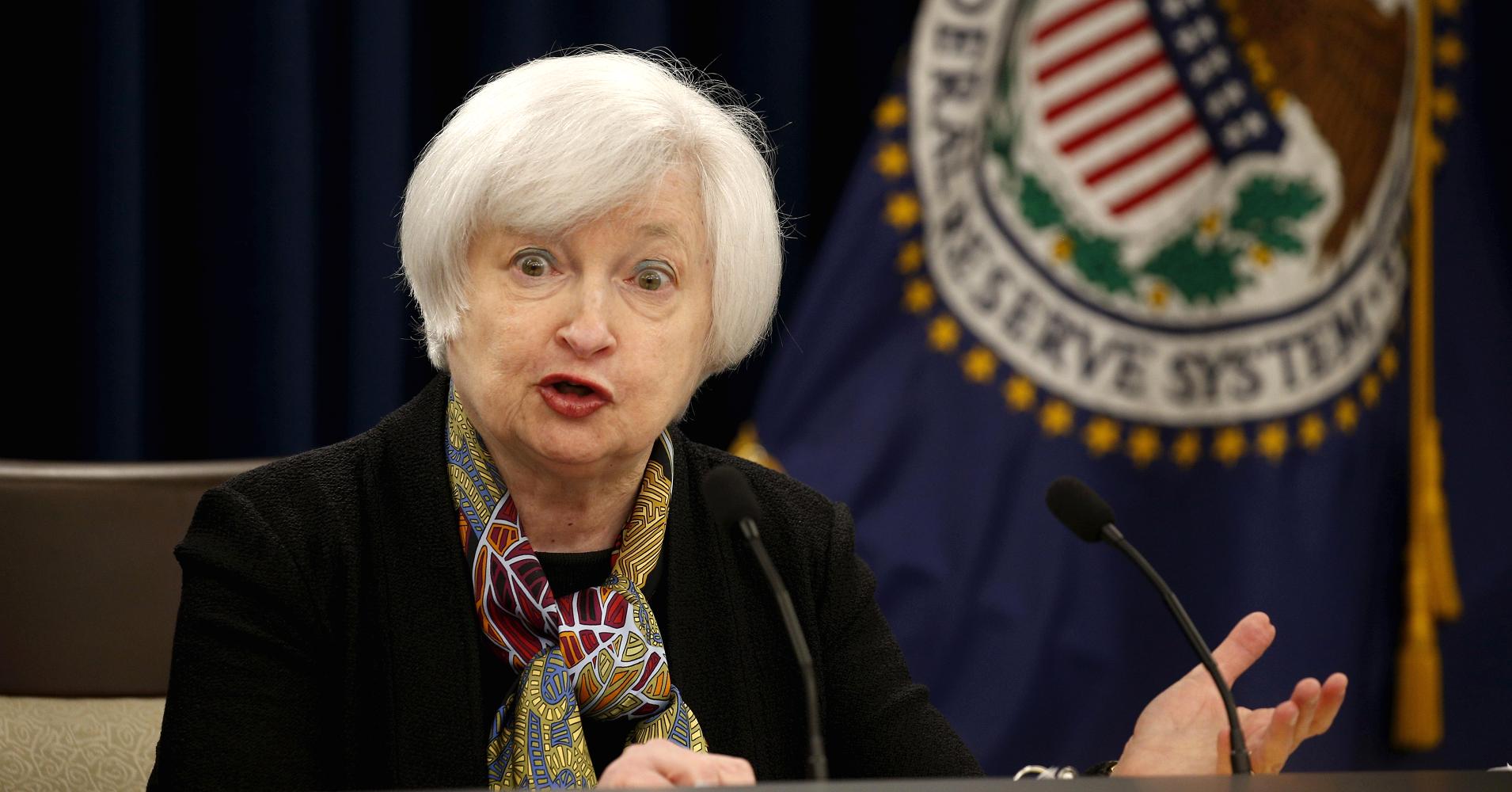 The Federal Reserve is set to raise its benchmark interest rate later this month as long as economic data on jobs and inflation holds up, Fed Chair Janet Yellen said on Friday, in comments that likely cement a rate hike at its next meeting.

Axar.az reports that, several of Yellen's U.S. central bank colleagues in recent days had also put a rise at the next rate-setting meeting on March 14-15 of the committee firmly in view.

"At our meeting later this month, the committee will evaluate whether employment and inflation are continuing to evolve in line with our expectations, in which case a further adjustment of the federal funds rate would likely be appropriate," Yellen said in prepared remarks to a business luncheon in Chicago.

In her comments, Yellen also said rates are likely to rise faster this year as the economy for the first time in her tenure appears clear of any imminent hurdles at home or abroad.

"On the whole, the prospects for further moderate economic growth look encouraging, particularly as risks emanating from abroad appear to have receded somewhat," Yellen said.

The Fed's employment goal has largely been met, Yellen said, and inflation is perking up.

Inflation data on Wednesday showed consumer prices in January posted their biggest monthly gain in four years and left the 12-month increase in prices at 1.9 percent, just below the Fed's 2 percent target. The next monthly jobs report is scheduled for March 10.

The Fed raised interest rates for only the second time in a decade at its policy meeting last December, but has forecast three rate increases this year on the back of the low unemployment rate - currently 4.8 percent - and rising inflation.

Fed policymakers have also been buoyed in their economic outlook by a surge in business and consumer confidence since Republican Donald Trump was elected U.S. president. Since the Nov. 8 election, the S&P 500 has risen 11 percent.

Yellen did not directly address the likely impact of the Trump administration's economic policies in her remarks.