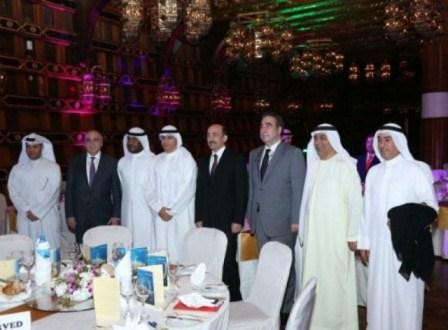 Azerbaijan`s Minister of Culture and Tourism Abulfas Garayev has held several meetings in Kuwait. The visit aimed to boost cooperation with Arab states of the Persian Gulf in cultural and tourism fields.

During the visit, the Minister held a presentation on Azerbaijan`s tourism potential. Mr. Garayev said Azerbaijan was interested in increasing a number of tourists from Arab states.

The Minister, as part of the visit, met Minister of Information of Kuwait, Salman Sabah Al-Salem Al-Homoud Al-Sabah.

Minister of Information Salman Sabah Al-Salem Al-Homoud Al-Sabah stressed the importance of media and cultural programs for development of tourism between the two countries.

Salman Sabah Al-Salem Al-Homoud Al-Sabah emphasized the significance of strengthening the bilateral relations with Azerbaijan in the fields of culture and tourism.