The strategic currency reserves of Azerbaijan 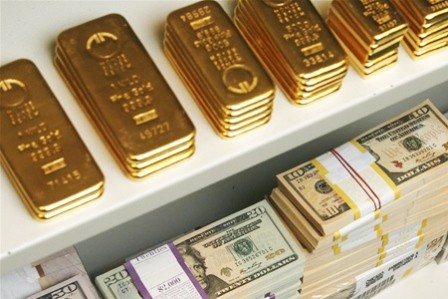 The strategic currency reserves of Azerbaijan in the first quarter of 2015 exceeded the country's external debt fivefold, according to the Azerbaijani Central Bank's monetary policy report.

"In the reporting period, the strategic currency reserves of Azerbaijan were maintained at the required level and are sufficient to cover the 25-month import of goods and services," the report said.

The strategic currency reserves of Azerbaijan exceed $38 billion and assets of the State Oil Fund of Azerbaijan (SOFAZ) amounted to $34.25 billion as of April 1, which is a 2-percent increase as compared to the early 2016 ($33.57 billion).

Currency reserves owned by the Central Bank of Azerbaijan stood at $4065.8 million as of April 1 (having decreased by 18.95 percent during the same quarter).