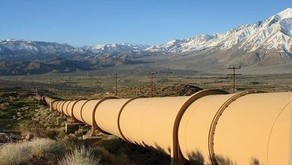 Azerbaijan considers opportunity to connect Iranian port of Bandar Abbas in Caspian Sea to Helsinki (Finland). Azerbaijan, bordered on the south by Iran, has positioned itself as a state, which will connect Iran to Europe via Azerbaijan-Russian border.

To the Gulf News, Director General of the Baku International Sea Trade Port, Taleh Ziyadov said that during the global business forum of the CIS countries in Dubai:

"Our country has a favorable geographical location. Removing sanctions against Iran will be a game changer."
Vice-President of "Kazakhstan Railways" JSC Kanat Alpysbayev, in turn, said that the region in which located Iran begins to increase importance.

At the international forum also given detailed information on the railway route, envisaging transportation to China via the territory of Azerbaijan, Georgia, Turkey and Kazakhstan.