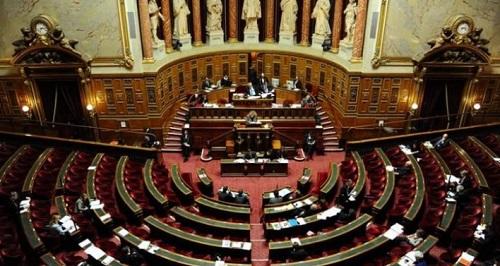 The French National Assembly on Monday began debating a controversial pension reform bill that has fueled months of ongoing strikes in the capital and throughout France.

A "dead day" had been proposed on Feb. 17 for all forms of transport nationwide, called by unions which are active in multiple strikes since Dec. 5. Only five unions carried through on the call for unrest.

Until the afternoon, little disruption had been seen: most metro, RER rail service, tram, and bus services were running as usual, especially in Paris.

Unions are reserving their efforts for the larger inter-professional day of mobilization on Thursday. The pension reform strikes have cost the SNCF railway €1 billion during December and January.

The bill, initially put forth in parliament on Jan. 24 but in motion by President Emmanuel Macron last September, will be debated for 15 days before going for a vote on March 3. The bill calls for the consolidation of 42 separate pension schemes into one point-based plan, something that protesters claim will force workers to labor longer for a lower payout in the end.