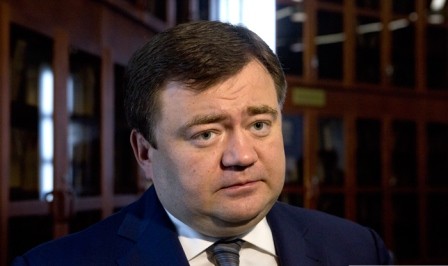 "Azerbaijani partners demonstrate interest in agricultural machine-building.They want to buy combines or other machines from Rostselmash and Voronezhselmash plants," he said, adding that the latter company turns out an innovative product - color separating machines.

According to Fradkov, Russian companies, in turn, are demonstrating interest in the dynamically developing Azerbaijani market, especially such of its segments as electricity generation, agricultural and transport machine-building, ship-building, chemicals and pharmaceuticals, and joint infrastructure projects.

"First of all, I would like to note projects in the area of railway car-building. In 2015, we considerably increased exports of Russian-made railway cars to Azerbaijan. Uralvagonzavod received financial and non-financial support from the Russian Exports Center," he said, adding that projects in the area of car-building and gas supplies. "We are now in positive dynamics from the point of view of increasing exports of Russian-made products to Azerbaijan," he noted.

The Russian-Azerbaijani Business Council was formed to encourage business contacts and mutually beneficial cooperation between Russian and Azerbaijani businessmen, to promote Russian projects on Azerbaijan’s market and to develop joint investment projects implemented in Russia and in third countries.