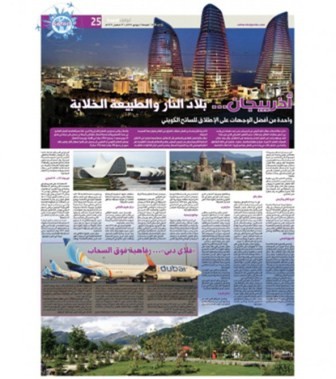 The article praises the country's tourism potential, describing Azerbaijan as the best example for the Kuwaiti tourism.

It calls Heydar Aliyev International Airport one of the best airports in the world with its state-of-the-art infrastructure.

The newspaper describes Heydar Aliyev Center as a symbol of Baku and an architectural landmark.

The article also provides an insight into Azerbaijani holidays, festivities and international events hosted by the country.