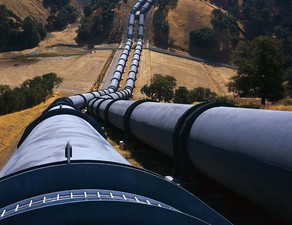 "We discussed the project "Odessa - Brody" and gave an order to resume the project", President Ilham Aliyev said.

Azerbaijani President said that "resumption of the project creates a good opportunity."

The oil pipeline "Odessa - Brody" was built in 2001 between Odessa on the Black Sea and the city of Brody in the Lviv region, where carried out a docking with "Druzhba" oil pipeline. However, since oil pipeline is practically unused, except for small amounts of in the reverse mode for Russian oil from Brody to Odessa in 2005 - 2010 and oil supplies to Belarus in 2010-2011.