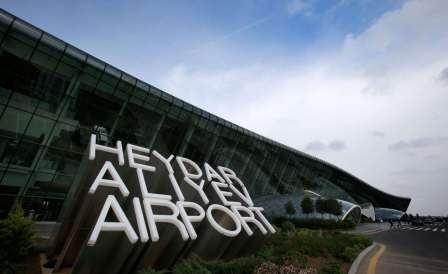 Heydar Aliyev International Airport serviced 391 thousand passengers in July this year, which is 27% higher than the same period of last year.

Over seven months of 2016 the Baku airport provided services to 1.69 million passengers in total. During the same period, the cargo terminal of airport transported 8.9 million tons of cargo, 88% of which falls on the cargo and 12% on postage sending.

Airport’s passenger traffic increased mainly due to the international air traffic. Heydar Aliyev International Airport transported 302 thousand passengers through domestic flights (an increase of 8% compared to 2015), of which 292 thousand accounts for the Baku-Nakhchivan route.

Istanbul, Moscow, Dubai and Kiev have become the most popular international destinations from Baku. Azerbaijani, Turkish, Russian, Ukrainian and UAE airlines transported about 800 thousand passengers in these directions this year. The passenger traffic to the popular Turkish resorts Antalya, Bodrum, Izmir and Dalaman amounted to 56,500 passengers this year.

The new airport terminal of Heydar Aliyev Airport (Terminal 1) was put into operation in April 2014. Its total area is 65 thousand square meters.