4 thousand tons of gasoline will be imported 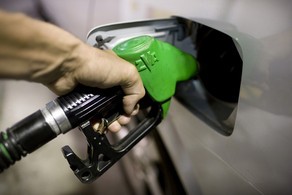 In recent days, media spread different information about instructions of Cabinet of Ministers of Azerbaijan which may cause confusion as well as decisions No 307 and No 308 of August 16, 2016, in connection with which there is a need to comment on the matter.

It is said in a statement of the State Oil Company of Azerbaijan Republic(SOCAR).

Notably, these documents were adopted on the basis of SOCAR treatment in connection with laying off Refinery named after Heydar Aliyev under the modernization program by Production Association "Azerkimya", taking into account the fact that the modernization of the work may last longer than the standard 25-30 days.

"Before the repair work volume of gasoline AI-92 at the Refinery named after Heydar Aliyev fully satisfied the domestic demand and even was able to create certain reserves. According to the information on August 16, the average daily consumption in the country amounted to 3.9 thousand tons, which is covered by existing reserves.

At the moment, reserves will last for 8-10 days.Given the fact that they are no longer able to cover the demand in the market in order to ensure domestic demand, SOCAR appealed to the Cabinet of Ministers on the exemption of imported gasoline A-92 from customs duties and excise tax.

The purpose of this request is to minimize financial losses of SOCAR refineries in the period of repair.The price of gasoline is regulated by the state and will remain stable "in the country - said the company.

Notably, the price of imported gasoline is changing daily depending on oil prices in the world market. Thus, the order of the Cabinet on 16 August 2016 and these regulations serve to preserve the stability of the domestic market and the prevention of problems with gasoline. In next 3-4 days 4 thousand tons of gasoline will be imported in Azerbaijan.This process will continue until the resumption of production at the refinery named after Heydar Aliyev.

After the plant startup imports will be suspended.