We need to meet with Azerbaijani side 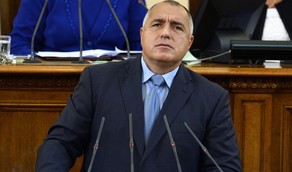 We need to hold a meeting with participation of representatives of Azerbaijan, Turkmenistan, Russia and European Union.

According to Borisov, Bulgaria is ready to become a regional gas hub. In the future, in order to avoid the letter of the ban from Brussels, Bulgaria must hold a meeting with the participation of representatives of Azerbaijan, Turkmenistan, Russia and EU."

Prime Minister said that cooperation between Moscow and Sofia are based on historical traditions.

Notably, both sides participated in South Stream suspended in June 2014.