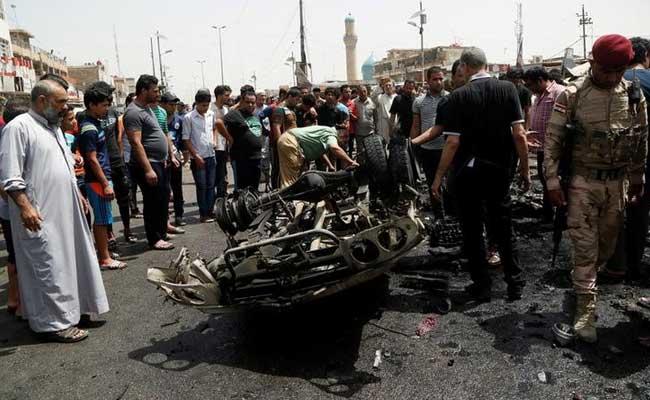 At least 10 people were killed and 35 wounded by a car bomb in a busy square in Baghdad's sprawling Sadr City district on Monday, police and medical sources said.

There was no immediate claim of responsibility for the attack but Islamic State regularly targets civilian areas in the heavily fortified capital, even after losing most of the northern and western territory it seized in 2014.

Three bombs killed 29 people across the capital on Saturday, and an attack near the southern city of Najaf on Sunday left seven policemen dead.

U.S.-backed Iraqi forces are currently fighting to push Islamic State from the northern city of Mosul, the militants' last major stronghold in the country, but are facing fierce resistance.

The recapture of Mosul would probably spell the end for Islamic State's self-styled caliphate, but the militants would still be capable of fighting a guerrilla-style insurgency in Iraq, and plotting or inspiring attacks on the West.

Since the offensive began on Oct. 17, elite forces have retaken a quarter of the city in the biggest ground operation in Iraq since the 2003 U.S.-led invasion that toppled Saddam Hussein. Prime Minister Haider al-Abadi has said the group would be driven out of the country by April.