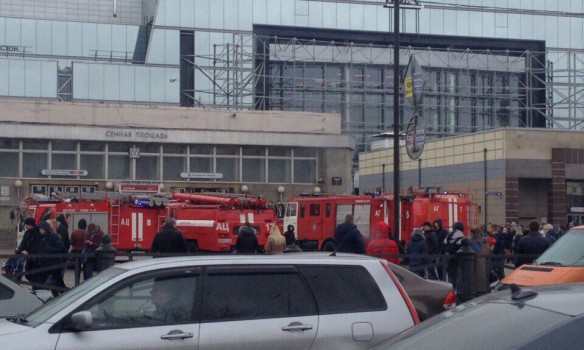 The St Petersburg metro explosion was caused by a bomb possibly detonated by a man whose body parts were found on the train, Russian investigators say.

Axar.az reports that Monday's blast between two stations killed 14 people and injured almost 50.
Kyrgyzstan's security service named the suspect as Akbarzhon Jalilov, who was born in the Kyrgyz city of Osh in 1995 and had obtained Russian citizenship.

His name was later confirmed by Russian investigators, who said he also planted a second bomb that did not explode.

In an earlier statement, the Russian state investigative committee said it had concluded the train bomb may have been detonated by a man whose remains were found in the carriage.
No group has said it was behind the bombing.