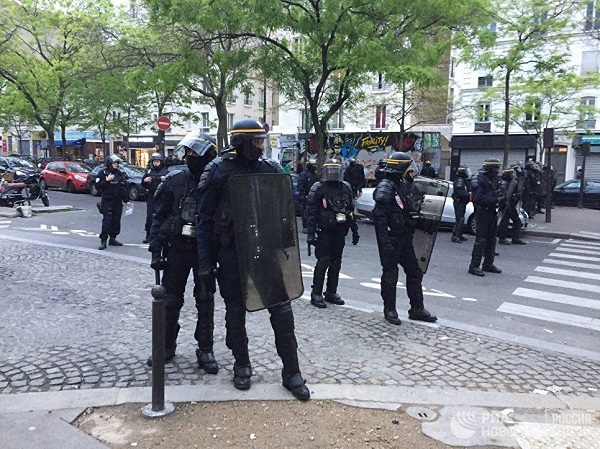 Axar.az reports citing to Sputnik clashes between demonstrators erupted in Menilmontant, the 20th district of Paris, on Sunday, after first preliminary results of the French presidential election were announced, a Sputnik correspondent reported.
The demonstrators, chanting slogans against the fascists and capitalists, started moving toward police and throwing bottles at the officers, forcing the latter to use the tear gas.

Three plops were reportedly heard before the demonstrators started attacking the police.