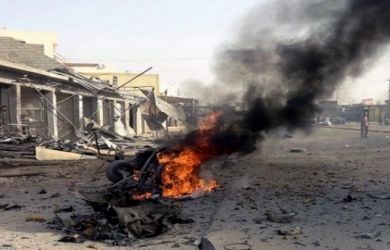 Axar.az reports citing Reuters that, at least three gunmen wearing explosive vests attacked the power station around 0300 local time, near the northern city of Sammara, about 100 km (60 miles) north of Baghdad. They used grenades to enter the facility.

“I was in my night shift and suddenly heard shooting and blasts. A few minutes later I saw one attacker wearing a military uniform and throwing grenades through the windows,” said Raied Khalid, a worker who was injured by shrapnel.

Four policemen and three workers were killed in the attack, in which 13 were wounded, police and medical sources from a nearby hospital said.

One of the attackers, who was cornered by security forces, detonated his suicide vest near one the power generators, causing a fire.

The two other gunmen were killed, security sources said, either by blowing themselves up or in clashes with the security forces.

Operations at the facility were expected to be suspended briefly, while repairs were under way, electricity officials said.