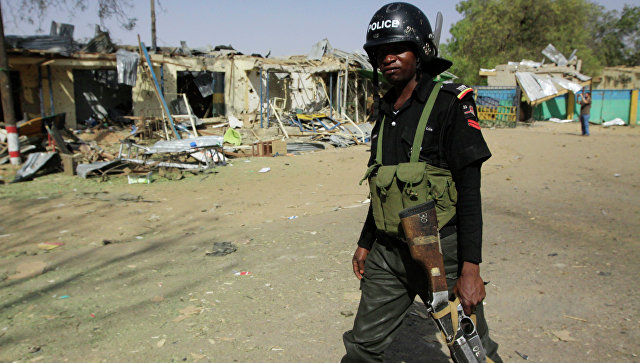 At least four persons were killed and dozens injured on Saturday in an attack by Boko Haram terrorists in a community in Nigeria’s volatile northeast region.

In a statement, Police Commissioner Damian Chukwu said the insurgents launched the attack on Tunkushe in the central part of northeast Borno State, the heartland of the Boko Haram insurgency, killing four villagers.

A member of the Civilian Joint Task Force, an anti-terrorist vigilante group, speaking on condition of anonymity due to restrictions on speaking to the media, told Anadolu Agency that about a dozen people were also injured. The source said the insurgents fired several shots into the village after which they "shot at defenseless civilians."

The attack came nearly four days after two suicide bombers sneaked onto a military base in Maiduguri, Borno state’s capital, and blew themselves up, injuring 15 people, including soldiers.

Police and military blamed Boko Haram for the attack.