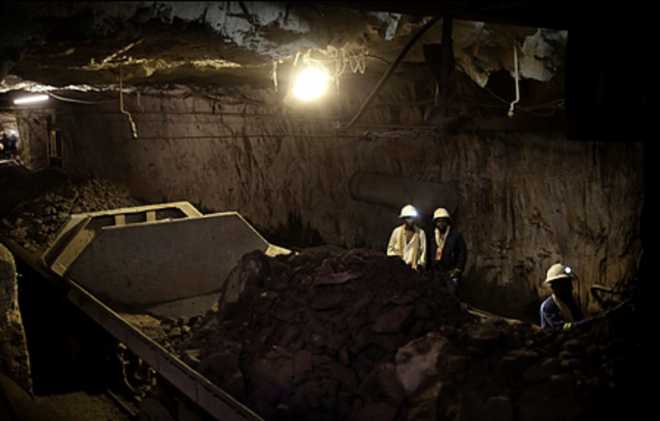 At least five people have been confirmed dead in a gas explosion at an abandoned mine in the eastern South African province of Mpumalanga, a government official said Thursday.

"We can confirm so far five bodies have been retrieved. We are told that there are 22 people who are still (trapped) underground," Speedy Mashilo, provincial minister for co-operative governance and traditional affairs, told local broadcaster Enca.

Mashilo said the rescue team has temporarily halted operations and returned to the ground because there is no oxygen underground.

He said the rescue operation will resume this afternoon after they get generators to pump oxygen underground.

Local media reports are quoting sources saying the trapped men and the deceased entered the disused Gloria Coal mine on Wednesday to allegedly steal copper wires.

Officials have not yet confirmed this claim, but illegal mining is a huge problem in South Africa where people often risk their lives by entering abandoned mines to dig for leftover minerals.