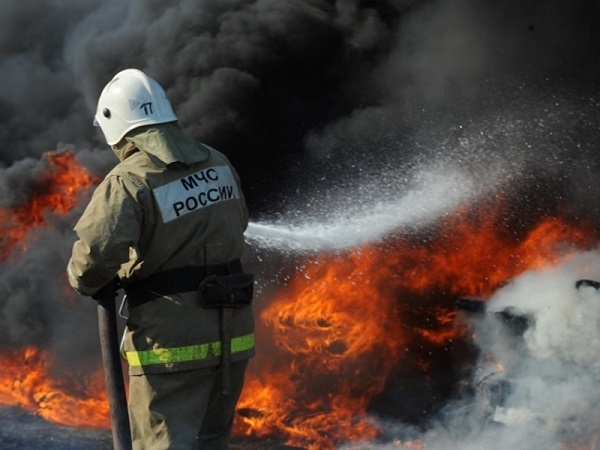 A fire has erupted at a 4-storey building on Dubininskaya Street in the vicinity of Paveletsky railway station in downtown Moscow.

Axar.az reports that the fire that broke out on Saturday morning in the centre of Moscow has been fully contained, according to Russia's Ministry of Emergency Situations.

According to the Ministry's head Yuriy Zhukovsky, 120 personnel and two helicopters were dispatched to fight the conflagration.

Zhukovsky added that the blaze was contained within 3 hours before it could spread to other buildings. The cause of the fire is being established.

One fireman was injured while battling the blaze and was later taken to a hospital with a leg injury.