A car bomb exploded in a local market in Afrin 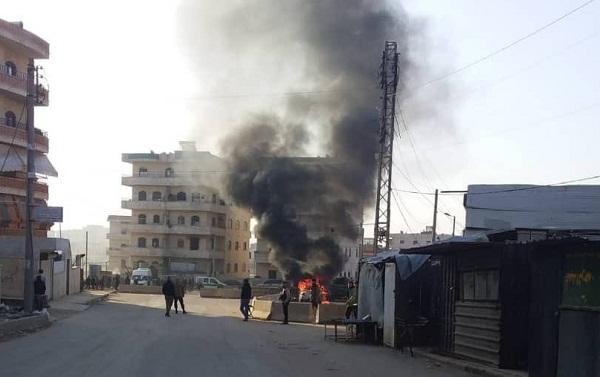 A car bomb exploded in the middle of a local market in Afrin city in the northern suburbs of Aleppo governorate, injuring several civilians and severely damaging several shops, on September 13.