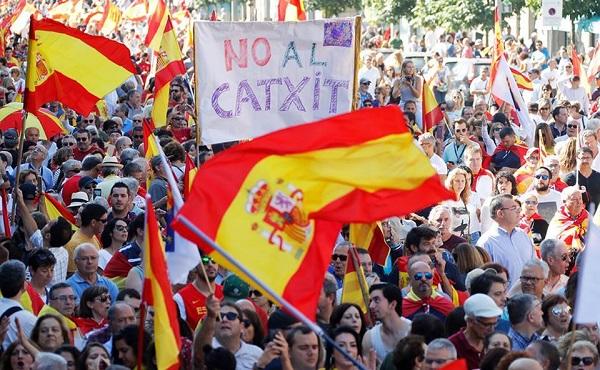 Fresh clashes between riot police and protesters have broken out in Barcelona amid continuing anger over the jailing of Catalan separatist leaders.

A general strike was announced and five marches, all peaceful, converged on the city centre, bringing the streets to a standstill.

Police estimated that more than 500,000 people had joined Friday's rallies.

Catalan regional leader Quim Torra thanked those who had demonstrated peacefully and criticised the rioters.

He said the sentences handed down to separatist leaders would not deter the campaign for independence.

"We'll return to the ballot box again on self-determination," he said.