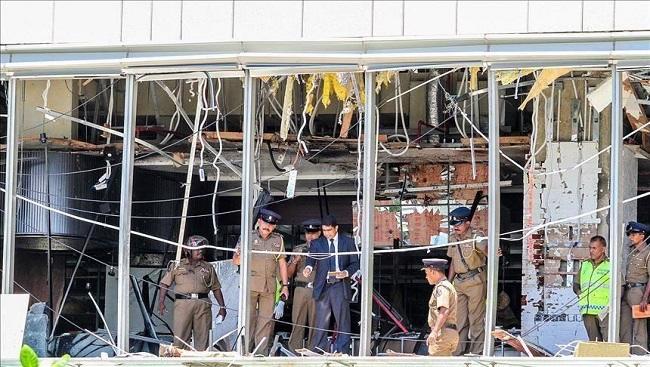 Polls closed Saturday evening after a day of voting for Sri Lanka’s next president, an election marred by shots fired at a convoy of Muslims heading to cast their ballots in what some called a coordinated effort to disenfranchise the minority group.

Axar.az reports citing Miamiherald that there were no reported injuries in the convoy attack and police were investigating, said Manjula Gajanayake, spokesman for the Colombo-based Centre for Monitoring Election Violence. The center said there were reports elsewhere of minor election law violations, such as supporters influencing voters near polling stations and distributing mock ballots with party symbols.

Campaigning for Sri Lanka’s presidential election was dominated by worries over national security, which was pushed to the forefront after deadly Islamic State-inspired suicide bomb attacks on Easter Sunday that killed 269 people. At the same time, there’s fear among both Tamils and Muslims about a return to power of front-runner Gotabaya Rajapaksa, a hard-line former defense official under his brother, ex-President Mahinda Rajapaksa.

The Rajapaksa brothers are revered by Sri Lanka’s Sinhalese Buddhist majority for defeating the Tamil Tiger rebels in 2009 and ending the nation’s long-running civil war. But because of their heavy-handed rule during and after the war, some minorities fear their return.