More than 100 arrested as violence returns to Paris 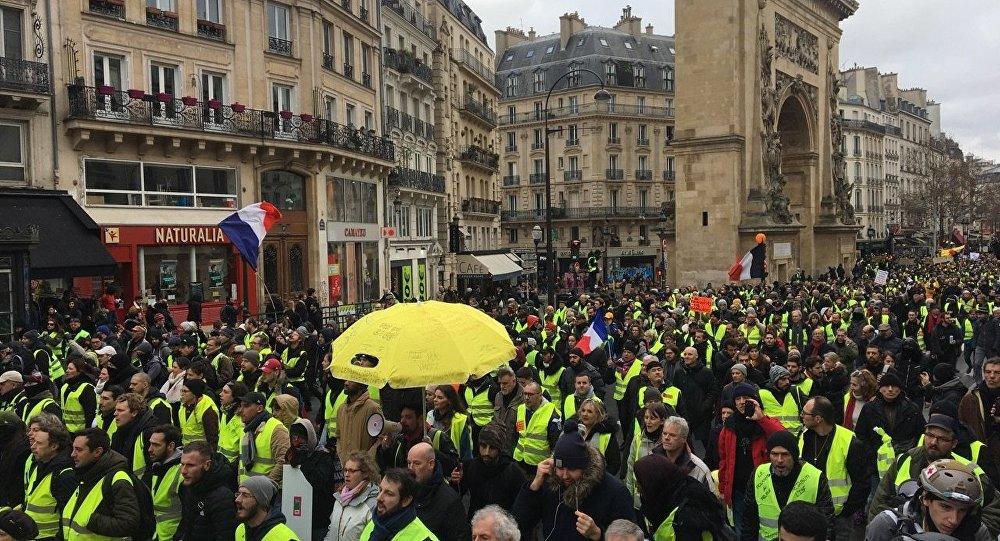 Police in Paris arrested more than 100 people as protests to mark the first anniversary of the anti-government yellow vest movement turned violent.

Tear gas and water cannon were used by police in Paris, where thousands of protesters thronged the streets.

Rioters unleashed some of the worst violence the city has seen in months.

With many clad in black and wearing masks to hide their faces, rioters in parts of the city burned barricades, vandalised banks, set rubbish bins on fire and hurled cobblestones at police.