The fire is spreading in Sumgayit 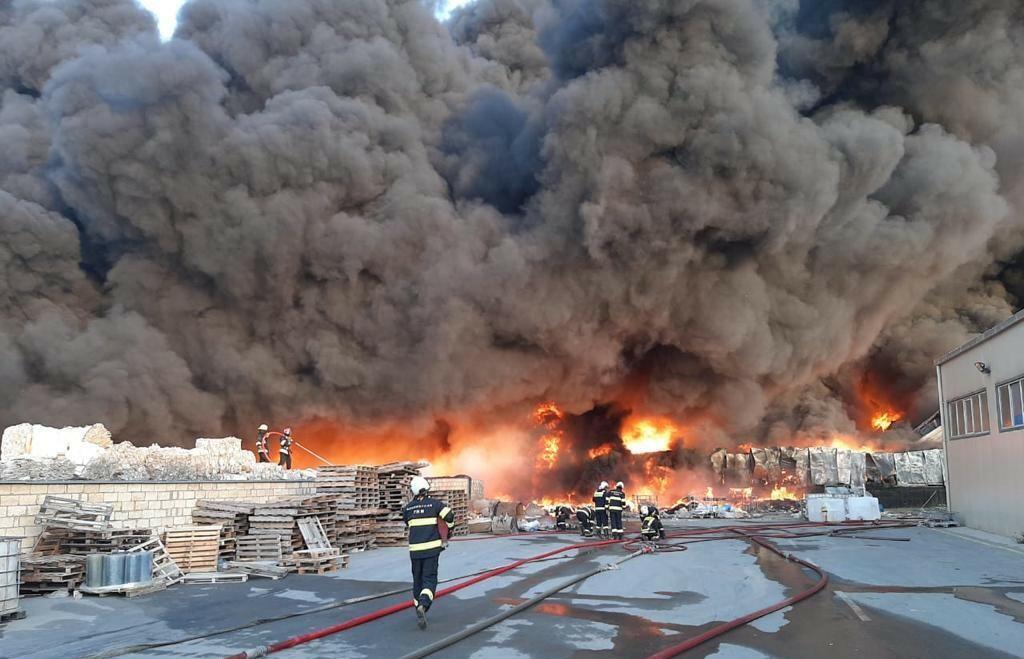 The scope of the fire in the territory of "Azersun Industrial Park" complex, located on the Metal base road, H.Z. Tagiyev settlement, Sumgayit city, is expanding.

Axar.az reports that the scope of the fire has increased.

Despite the efforts, the fire has not been extinguished yet.

The fire covered a large area of ​​the complex, starting from the place where plastic waste was dumped and spreading to food and other warehouses.

Measures are being taken to localize and extinguish the fire.

It should be noted that explosives and toxic substances, which could pose a serious threat to the environment and people, were removed from warehouses and transported to a safe place, and workers were evacuated.