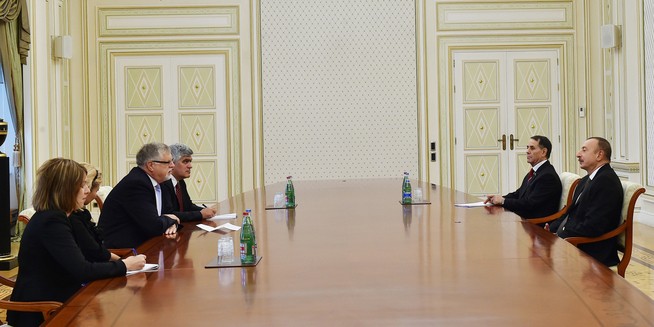 President of the Republic of Azerbaijan Ilham Aliyev has received the European Union Special Representative for the South Caucasus Herbert Salber and a delegation led.

They also exchanged views on the role of the co-chairs and international community in the settlement of the Armenia-Azerbaijan Nagorno-Karabakh conflict.