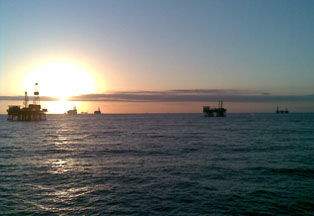 Accident happened at the 7th base of the "Gunashli" oil reserve.

According to information given from SOCAR to Axar.az, HAK - 300 crane which can carry 28 tones and was built at 2015 at 7th deep marine base of "Gunashli" oil reserve broken while taking pipes from "Neftqaz - 63" ship and fell first on berth fieald and then on the ship on 20th of November at 22:30. Broken part has fallen into the sea.

Crane - operator of Absheron Drilling Company Mammadov Elshan Sakhavat ogly got wounded from his head and passed away because of injury.

The relevant authorities have been informed immediately and manufacturer's representative was invited and special commission set up.

Case is being investigated. Further information will be shared after investigation.