I VP Mehriban Aliyeva: Was great honor for me 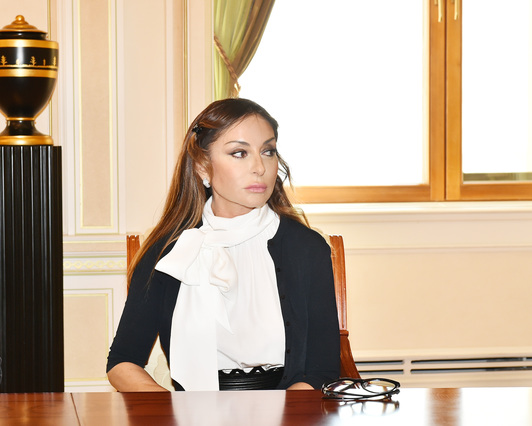 Azerbaijan’s First Vice-President Mehriban Aliyeva delivered a speech at a plenary session of the Azerbaijani parliament [Milli Majlis] on March 7.

“In connection with the appointment to a new post under the order signed by the President of Azerbaijan Ilham Aliyev on February 21, 2017, I stop my activity in the Milli Majlis of Azerbaijan,” said the first vice-president.

“I was a member of the parliament for more than ten years. It was great honor for me to be a parliament member during these years,” noted Mehriban Aliyeva.

The Milli Majlis members also have a great role in Azerbaijan’s formation as an authoritative state during the years of its independence, she added.