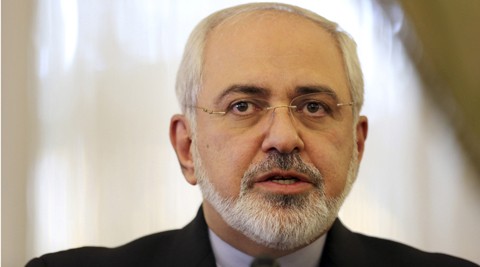 Iran has expressed readiness to act as a mediator between Yerevan and Baku in the recent Armenia-Azerbaijan Nagorno-Karabakh conflict.

Iran's Foreign Minister Mohammad Javad Zarif said that Iran is ready to play role in the peaceful settling of the conflict, in case if the involved parties are interested.

He made the remarks in a phone conversation with his Armenian counterpart Edward Nalbandian. Zarif also is scheduled to meet with his Azerbaijani counterpart Elmar Mammadyarov April 5 within the framework of a trilateral meeting of foreign ministers of Azerbaijan, Turkey and Iran in the Iranian city of Ramsar, where it is planned to discuss issues of mutual interests as well as regional and international developments.

Meanwhile, during talks with Nalbandian, Zarif underlined the necessity of ceasing armed clashes between the sides.

He further called for return of peace to the region and peaceful settlement of Armenia-Azerbaijan conflict.

On the night of April 2, 2016, all the frontier positions of Azerbaijan were subjected to heavy fire from the Armenian side, which used large-caliber weapons, mortars and grenade launchers. Azerbaijan responded with a counter-attack, which led to liberation of several strategic heights and settlements. The situation on the contact line remains tense.