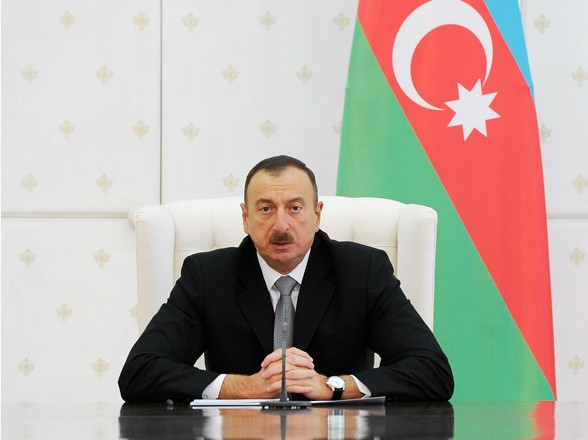 Ajan said he was deeply impressed by the ongoing development processes in Azerbaijan and Baku, adding the capital had become more beautiful since his last visit two years ago.

Ajan said Azerbaijan had already become a venue of internationally important events, and extended his congratulations in this regard. He emphasized the excellent organization of the first European Games in Baku. Stressing the significance of Baku`s hosting Formula One Grand Prix of Europe this June, Ajan said this race enjoyed great popularity worldwide. He said a large number of tourists would come to Baku from European countries to watch the event.

President Aliyev expressed his confidence that Formula One would cause great interest and bring a large number of tourists.

Azerbaijan`s paying great attention - on a state level - to the development of different sports, including weightlifting, was hailed at the meeting. The country`s contribution to international cooperation in the field of sport was also underscored.