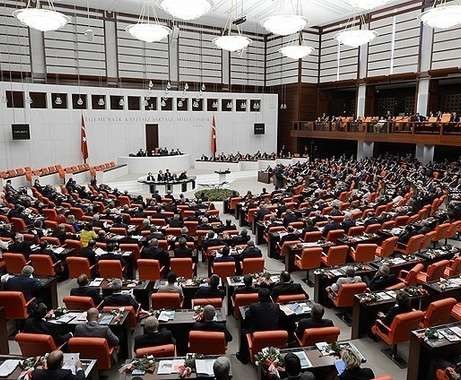 The clashes between Armenia and Azerbaijan have reached serious levels after Armenian artillery attacks on the night of April 1, Turkey's parliamentary Foreign Affairs Committee has said.

"The aggressive and unlawful manner of Armenia, which has been occupying one fifth of Azerbaijan's lands for quarter of a century, has been reiterated in the latest attacks in Karabakh.

"In this context, we strongly condemn Armenia for its recent attacks targeting civilians and its occupation of Azerbaijan's territories for a long time, which has displaced a million Azeri people," the statement said.

"We wish Allah's mercy and grace for the martyred Azeri people, offer our sympathy to the families of those killed in the attacks and wish a speedy recovery to the injured," it added.

Reiterating the call for Armenia to retreat from the occupied lands of Azerbaijan, the statement expressed solidarity with Azerbaijan.

"As Grand National Assembly's Foreign Affairs Committee, we call on Armenia to halt its offensive acts which threaten the peace of the region and the world, and to stop its aggressive attitude towards Azerbaijan [that has been ongoing] for quarter of a century," it said.

The statement also urged the international community to prevent such aggressive acts. "As member of the Minsk Group, Turkey will continue supporting all kinds of efforts to find a fair and permanent solution respecting Azerbaijan's integrity and unity," it added.

The conflict between the two South Caucasus countries began in 1988 when Armenia made territorial claims against Azerbaijan. Armenian armed forces have occupied 20 per cent of Azerbaijan since 1992, including the Nagorno-Karabakh region and seven surrounding districts.

Azerbaijan and Armenia signed a ceasefire agreement in 1994. The co-chairs of the OSCE Minsk Group, Russia, France and the U.S. are currently holding peace negotiations.

Armenia has not yet implemented the U.N. Security Council's four resolutions on the liberation of the Nagorno-Karabakh and the surrounding regions.