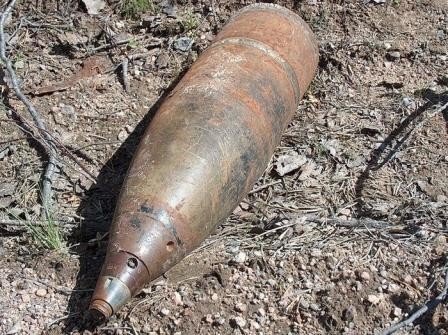 A large number of unexploded ordnance (UXO) has been detected in frontal villages, today.

The Azerbaijan National Agency for Mine Action (ANAMA) on 16 April has disseminated report on the unexploded ordnances in Terter, Goranboy, Fuzuli and Tovuz districts.

According to the reports, ANAMA on 16 April 2016 has detected 85 unexploded ordnances in frontal villages.

ANAMA is continuing the operations in the frontal villages.