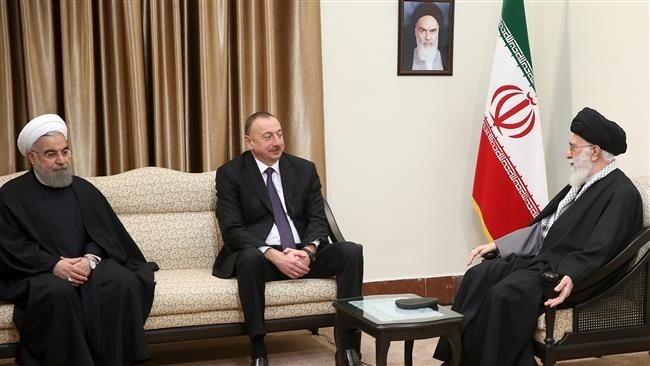 The president of the Republic of Azerbaijan Ilham Aliyev has met with Supreme Leader of the Islamic Republic of Iran Ayatollah Seyed Ali Khamenei on Tuesday.

At the meeting exchanged views on the prospects of further development of cooperation between the two countries and peoples, linked by historical, religious and cultural roots.

The importance of joint efforts in ensuring security and stability in the region was emphasized and noted that this issue was discussed at the meeting between the presidents of the two countries.

Also noted that the signed documents within the framework of the visit will serve to further development of cooperation between the two countries in all fields and strengthening of Azerbaijani-Iranian relations.