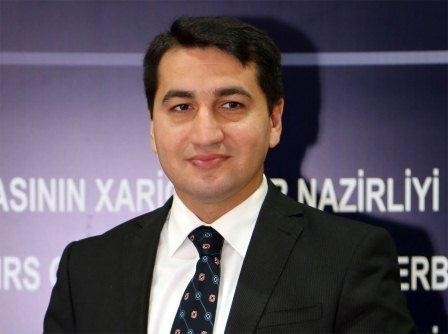 Azerbaijan supports the territorial integrity and sovereignty of Georgia, and this position is once again reflected in the Tbilisi statement adopted as an outcome of the fifth trilateral meeting of Azerbaijani, Turkish and Georgian FMs, Azerbaijani Foreign Ministry spokesperson Hikmat Hajiyev said on Wednesday.

He made the remarks commenting on the introduction of a visa regime by unrecognized Abkhazia with the so-called “Nagorno-Karabakh Republic.”

Hajiyev said there is a separatist regime in Azerbaijan’s territories occupied by Armenia.

“Visa rules are regulated by the Migration Code in Azerbaijan. Any unauthorized action running contrary to the [Migration Code] is illegal,” he added.