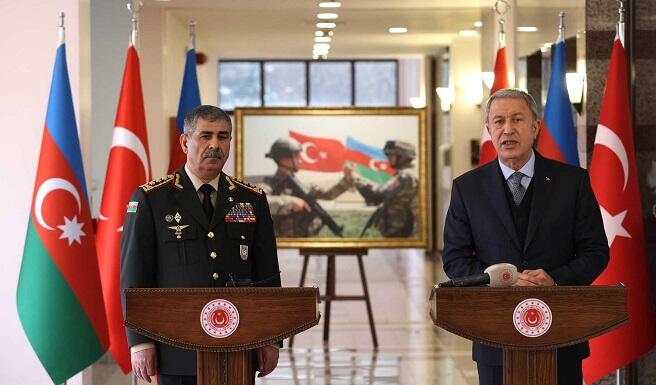 Minister of Defense of the Republic of Azerbaijan, Colonel General Zakir Hasanov has extended condolences to Minister of National Defense of the Republic of Turkey, Mr. Hulusi Akar, and Chief of the General Staff, Army General Yashar Guler on the death of military serviceman of the victorious Turkish army in the area where "Pence-Kilit" operation is carried out by the Turkish Armed Forces.