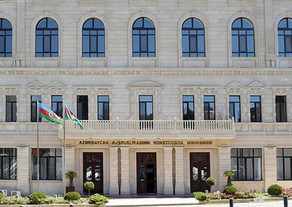 The Plenum of Constitutional Court has adopted 324 decisions, including 113 decisions on individual appeals'.

He said that these decisions serve to ensure supremacy of the constitution and protection of human rights and freedoms.

Notably, the Constitutional Court will celebrate its 18th anniversary on July 18.