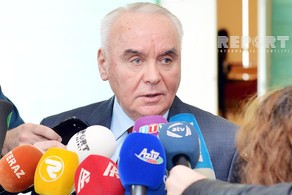 It was stated by Deputy Foreign Minister Mahmud Mammadguliyev, commenting on next round of negotiations on accession to the WTO held last July in Geneva.

According to him, Azerbaijan's foreign trade regime was discussed at a meeting of the working group in Geneva.

Preparation of documents on the issue being done, according to which what obligations we have to take. The meeting was quite active, there were many questions. From US, EU and other countries. While we are waiting for the questions to come from them in writing," M. Mammadguliyev said.

According to him, holding the next round of negotiations will depend on when they will get answers from the relevant agencies. It is likely next negotiations will be conducted not earlier than the first half of next year.

Mammadguliyev said that another serious issue is the multilateral negotiations on agriculture.

"In addition to the negotiations that were already held in the framework of Azerbaijan's accession to the WTO, negotiations began with Russia and Saudi Arabia," Mammadguliyev said.