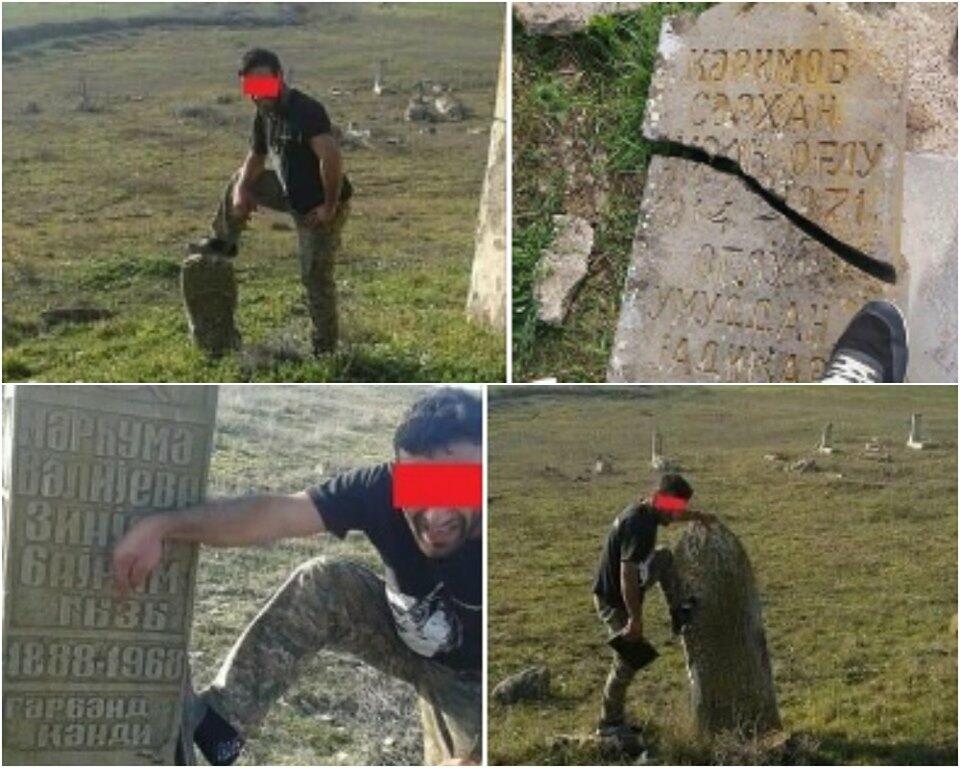 One of the most popular social networking sites in Russia has reported a group of Armenian citizens` acts of vandalism in the ancient cemetery of Azerbaijan in Karabakh that created a commotion.

Axar.az reports that in the pictures shared by an Armenian named Arthur Mejlumyan on the social network, it is obvious that he and his fellow Armenians have been taunting, crushing and humiliating gravestones in the ancient cemetery of Azerbaijanis.

Let's note that there was a great number of ancient cemeteries in Karabakh, which is under enemy occupation.