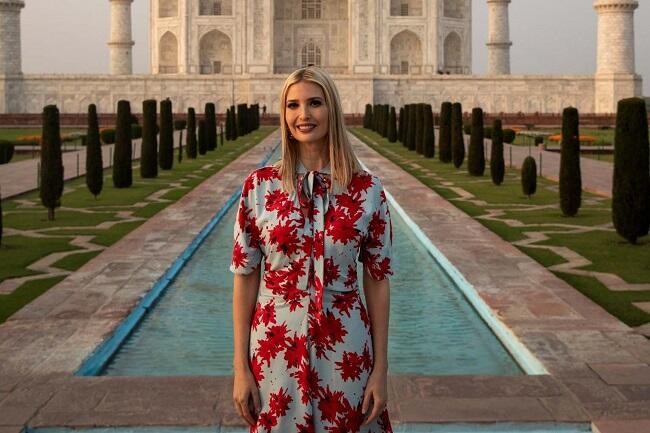 US President Donald Trump, along with members of his family, on 24-25 February conducted his first state visit to India. The tour included visiting places of historical significance, a handful of speeches and several diplomatic conclaves.

Axar.az reports citing foreign media that US President Donald Trump’s daughter and senior advisor, Ivanka Trump, is facing accusations that she had photos of herself taken in front of India’s Taj Mahal photoshopped, during the family’s recent two-day trip to India.

Ivanka Trump posted a series of photos of herself at the historical site on social media on Monday with the caption: “the grandeur and beauty of the Taj Mahal are awe-inspiring!”