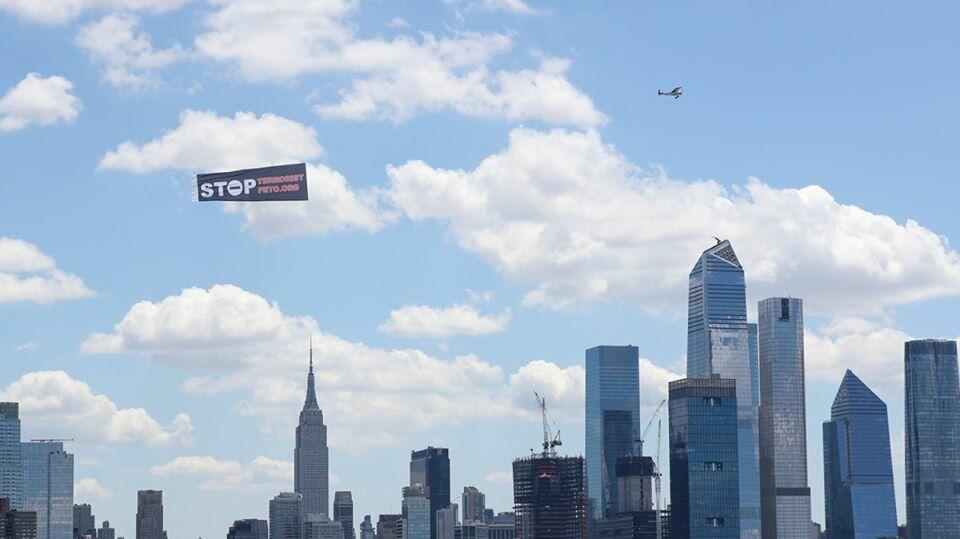 The planes flying in the skies of the United States tried to show the realities of FETO with banners.

Axar.az reports that the action, initiated by the Turkish-American governing body, covered the events of July 15.

According to the report, banners reading "July 15, Victory of Turkish Democracy" and "Victory of the Turkish Nation" flew from New York to the capital, Washington, and from there around the headquarters of FETO in Pennsylvania.