UN Representative will meet with Putin and Lavrov 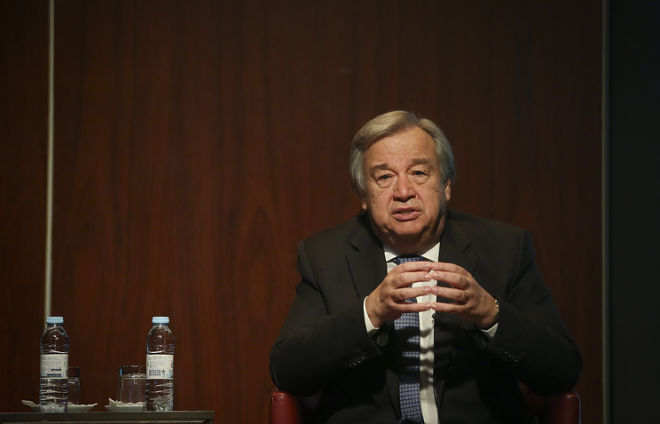 On October 13, UN General Assembly adopted a resolution without voting on appointing Guterres as the ninth Secretary General of the United Nations Organization.

UN Secretary General Designate Antonio Guterres will visit Moscow on Thursday, where he will meet with Russian President Vladimir Putin and Foreign Minister Sergey Lavrov. The main topics for discussion will be the work of the United Nations Organization, ways to increase its effectiveness, overcoming crises in Syria and Ukraine.

The Kremlin press service earlier confirmed that Putin will meet with Guterres on November 24. "On the agenda of the meeting are issues of strengthening UN’s central coordinating role in international affairs, increasing effectiveness of the organization’s work, including in fighting terrorism, as well as resolving acute crisis situations in Syria and in Ukraine," the press service said.

UN’s work will also be discussed at a separate meeting between Guterres and Lavrov. Russian Foreign Ministry’s official spokeswoman Maria Zakharova said earlier that the topics for discussion will "first of all be ways of settling acute regional conflicts, increasing effectiveness and prospects of reforming the international organization, and, of course, issues of cooperating with the secretariat."
On October 13, UN General Assembly adopted a resolution without voting on appointing Guterres as the ninth Secretary General of the United Nations Organization. The former Portuguese prime minister is appointed to the post for the term from 1 January 2017 until 31 December 2021.