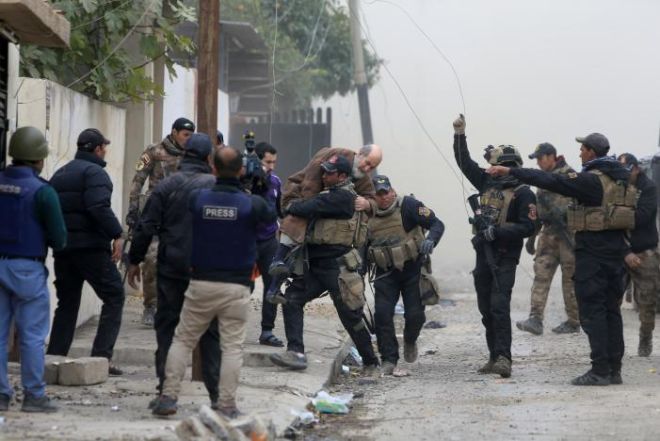 The United Nations issued a fresh warning on Wednesday about the humanitarian situation in eastern Mosul where the U.S.-backed Iraqi army is locked in heavy fighting with Islamic State militants.

More than six weeks into the offensive against Islamic State's last major city stronghold in Iraq, the army is trying to dislodge militants dug in among civilians in the eastern districts, the only side Iraqi troops have been able to breach.

"The situation in eastern Mosul city close to the front lines remains fraught with danger for civilians. Mortar and gunfire continue to claim lives," the U.N. humanitarian coordinator's office said. "The limited supplies of food and water are running out, amid concerning reports of food insecurity emerging from the city."

Water was cut to 650,000 people - or 40 percent of total residents in the city - when a pipeline was hit during fighting, a local official said on Tuesday.