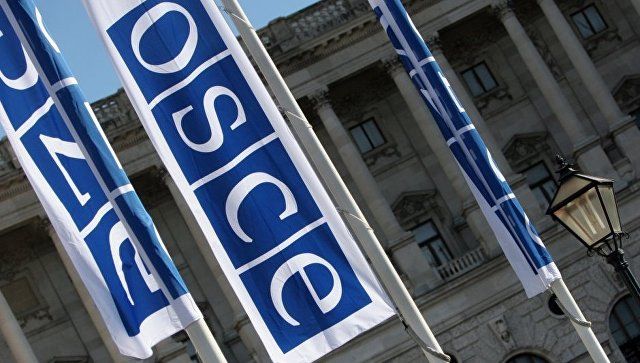 “We, the Heads of Delegation of the OSCE Minsk Group Co-Chair countries – Foreign Minister of the Russian Federation Sergey Lavrov, Secretary of State of the United States John Kerry, and Foreign Minister of France Jean-Marc Ayrault - remain fully committed to a negotiated settlement of the Nagorno-Karabakh conflict”.

Axar.az reports, quoting OSCE press service, in light of the dramatic escalation in violence along the Line of Contact in April, we express concern over continuing armed incidents, including reports on the use of heavy weapons, and strongly condemn the use of force or the threat of the use of force. There is no military solution to this conflict and no justification for the death and injury of civilians. We are also aware of allegations of atrocities committed on the field of battle in April, which we condemn in the strongest terms. We appeal to the sides to confirm their commitment to the peaceful resolution of the conflict as the only way to bring real reconciliation to the peoples of the region. We also urge them to adhere strictly to the 1994/95 ceasefire agreements that make up the foundation of the cessation of hostilities in the conflict zone.

We call on Baku and Yerevan to honor the agreements reflected in the Joint Statements of the 16 May Summit in Vienna and the 20 June Summit in St. Petersburg. We welcome the sides’ progress in implementing the exchange of data on missing persons under the auspices of the International Committee of the Red Cross. We urge the parties to remove all remaining obstacles to expanding the mission of the Personal Representative of the OSCE Chairperson-in-Office and to make progress on a proposal to establish an OSCE investigative mechanism. The proposals should be implemented together with the immediate resumption of negotiations on a settlement. We would like to reiterate our call to the leaders of Armenia and Azerbaijan to demonstrate flexibility and to return to the negotiation table with the firm aim of moving toward a sustainable peace on the basis of the current working proposals. Unless progress can be made on negotiations, the prospects for renewed violence will only increase, and the parties will bear full responsibility.

The Co-Chair countries are prepared to host a meeting of the Presidents of Armenia and Azerbaijan when they are ready. We firmly believe that the Presidents need to engage in negotiations in good faith at the earliest opportunity. Continuous and direct dialogue between the Presidents, conducted under the auspices of the Co-Chairs, remains an essential element in building confidence and moving the peace process forward.