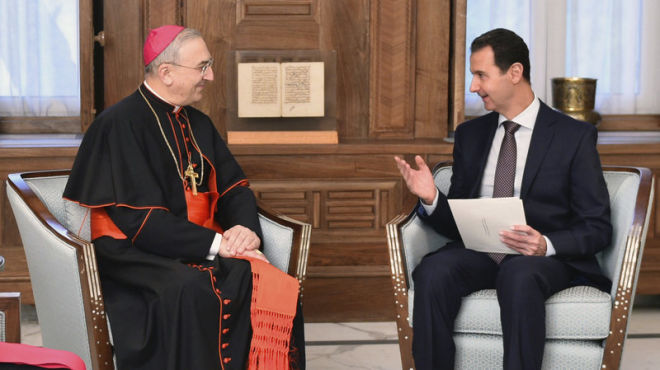 As President Bashar Assad's army pushes into the last few neighborhoods controlled by rebels in Aleppo, the Syrian leader can claim a stronger position than at any point since the early days of a war that broke out in 2011.

Axar.az informs, this doesn't mean Syria but it is entering a new phase. The heaviest fighting in Syria's war has been in and around the cities that run north-south along Syria's western spine. Assad's army and allied forces now hold all the key cities — Aleppo in the north, Hama and Homs in the middle, and Damascus in the south.

In a war with many players, what now looms is a more focused confrontation that features Assad's forces in heavily populated western part of the country, and the Islamic State in the sparsely populated deserts of the east.

U.S. President-elect Donald Trump will be confronted with this new reality when he takes office on Jan. 20, and he's given conflicting signals, but no clear plan of what he'll do.

This doesn't mean Syria's bloodletting is over, but it is entering a new phase.