UN: Turkey could set up major camps for Aleppo people 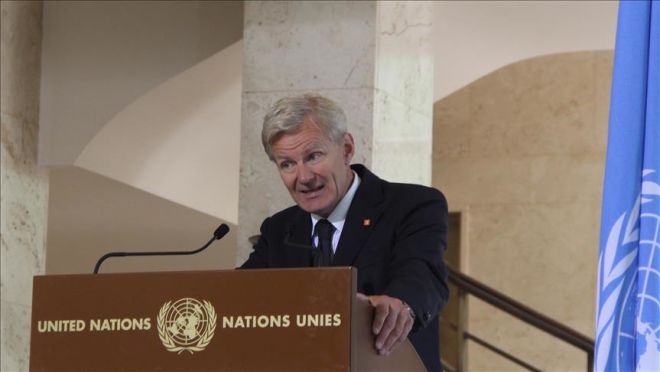 UN expects hundreds of thousands of people to come to Idlib fleeing Aleppo.

"We are also in contact with Turkey for major new camps that could be set up. Hundreds of thousands of people could come to Idlib, that is our planning," Egeland said in a press conference in Geneva on Thursday about the people being evacuated from eastern Aleppo.

According to an agreement between the Assad regime and Syrian opposition groups, civilians evacuated from eastern Aleppo will continue to head towards Idlib, which is located near the border with Turkey.

Egeland said "We have tried to assist east Aleppo for several months now. We have had five major initiatives to bring relief to the besieged part of east Aleppo and to evacuate wounded and civilians from east Aleppo. They have all failed. We do hope that today we see the start of a last and successful attempt of evacuations of that troubled city."