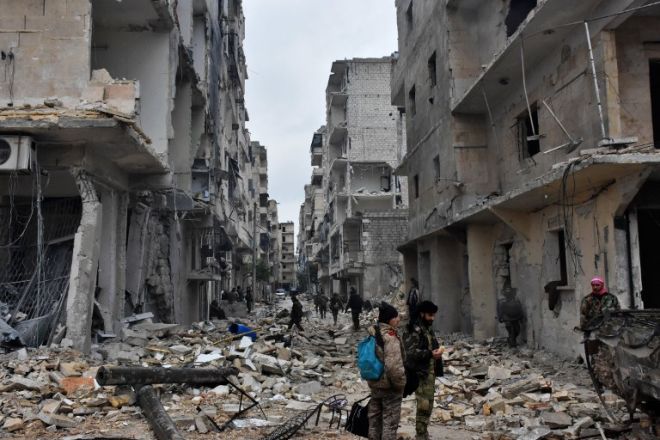 France on Thursday requested urgent closed-door consultations at the UN Security Council on the evacuation of civilians from the Syrian city of Aleppo and plans for deliveries of aid, diplomats said.

Axar.az informs, hundreds of civilians and rebels boarded buses earlier in the day to leave Aleppo as Syrian forces moved to assert full control of the city.

French President Francois Hollande lashed out earlier on Thursday at Russia's role in the siege of Aleppo, saying that Moscow had broken a promise to aid trapped civilians.

"Russia is making commitments that it is not keeping. There's a moment where you have to answer with action," Hollande told reporters as he arrived for an EU summit overshadowed by the Syria crisis

Citing both Russia and Iran, Hollande said that regimes supporting Syrian leader Bashar al-Assad would "take the responsibility for this extremely serious situation for the population."