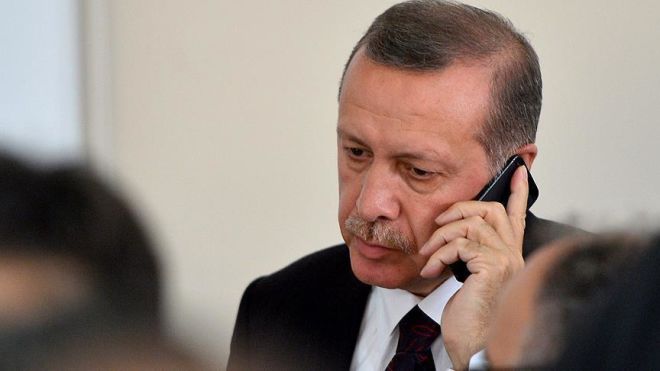 Axar.az informs, Turkey's President Recep Tayyip Erdogan has made a phone call to German Chancellor Angela Merkel on Tuesday over Monday night’s incident in Berlin that claimed 12 lives, presidential sources said. According to the sources, who spoke on the condition of anonymity, Erdogan expressed sympathy to German people for what it called a “terrorist attack”.

Turkish president also informed Merkel on the evacuation process of civilians from Aleppo, the sources added. At least 12 people were killed and 50 others injured when a truck crashed into a crowded Christmas market in the German capital. In brief remarks to journalists on Tuesday, Merkel said Monday’s deadly truck incident at Berlin Christmas market was likely a terrorist attack.

“We still don't know many details with certainty, but at this stage we have to presume that this was a terrorist attack,” Merkel said. Merkel promised a full investigation into the incident and said those involved would be punished using the full strength of the law.