No Normandy 4 meetings on Ukraine 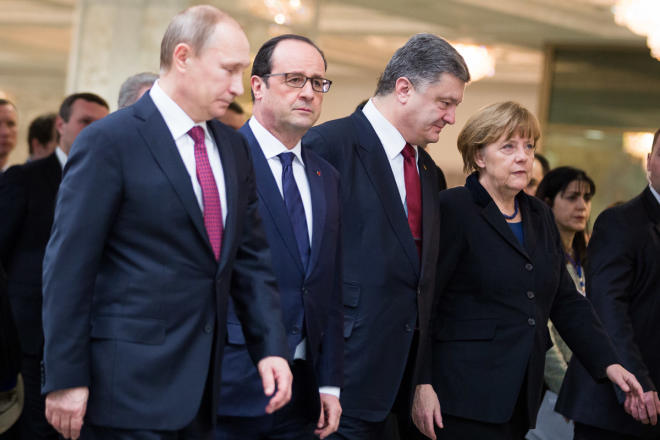 An agreement to hold the meeting in the Normandy format (Ukraine, Germany, France, the Russian Federation) on Donbas settlement due to the recent escalation has not yet been scheduled, Russia's press secretary Dmitry Peskov told journalists, according to an UNIAN correspondent in Russia.

"Now I'm not going to say anything about it, there are no agreements so far," he has said, answering the question whether it is necessary to expect the intensification of negotiations in the Normandy format in the near future. Peskov also denied that any telephone calls or personal meetings at the highest level were planned.