Clooney's wife: Why IS militants have not faced trial? 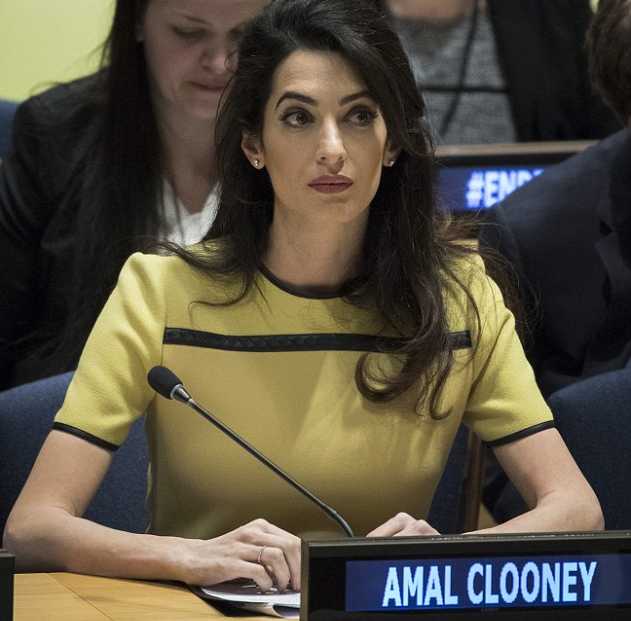 Lawyer Amal Clooney has urged the UN to act against so-called Islamic State by backing a UK-led investigation into the group's atrocities in Iraq.

Speaking at the UN, Mrs Clooney said IS had declared it will "destroy" the country's Yazidi ethnic group through murder, rape and forced conversions.

The British-Lebanese human rights lawyer said IS was also attacking Christians, and Shia and Sunni Muslims.

Mrs Clooney, who is based in London, accused the UN of "inaction".

She said: "The UN was created as the world's way of saying 'never again' to the genocide perpetrated by the Nazis.

"And yet here we are, 70 years later, discussing the UN's inaction in the face of a genocide that we all know about, and that is ongoing."

The UK is drafting a Security Council resolution to establish a UN investigation, but Mrs Clooney said the Iraqi government needs to send a letter formally requesting the inquiry before the 15-member council can vote.

Mrs Clooney called for mass graves to be preserved and exhumed, and witness evidence to be recorded, even if it was not supported by Iraqi Prime Minister Haider al-Abadi, who was present at the UN meeting.

Mrs Clooney said the organisation should press ahead regardless.

She ended her speech to the UN by saying: "Don't let this be another Rwanda, where you regret doing too little, too late. Don't let Isis [Islamic State] get away with genocide."