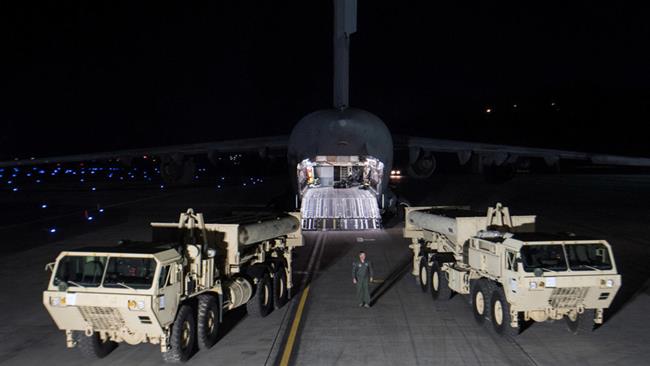 Russia says the recent deployment of a US missile system in South Korea threatens regional stability and provokes an arms race.

The Russian Foreign Ministry on Thursday warned that the installment of the Terminal High Altitude Area Defense (THAAD) system in South Korea would have “the most serious negative consequences.”

“Such a development is fraught with the most serious negative consequences for international and regional strategic stability,” the ministry said in a statement.

“In the Asia-Pacific region, where an uneasy security situation already exists, a new, destructive factor has emerged that can further complicate the nuclear question and other problems on the Korean Peninsula and provoke a regional arms race involving missiles,” it said.

The first pieces of the missile system arrived in the Osan Air Base in South Korea on Tuesday. A military official said last month that the deployment could be completed by August. Seoul intends to bring the system online by the end of this year.

China, another regional power, has also voiced opposition to the installment of the American system in South Korea.

The US and South Korea claim that the purpose of the deployment is to protect the two countries from North Korean missile threats.

The deployment of THAAD has also been opposed inside South Korea itself.