All Syria players must unite against terror 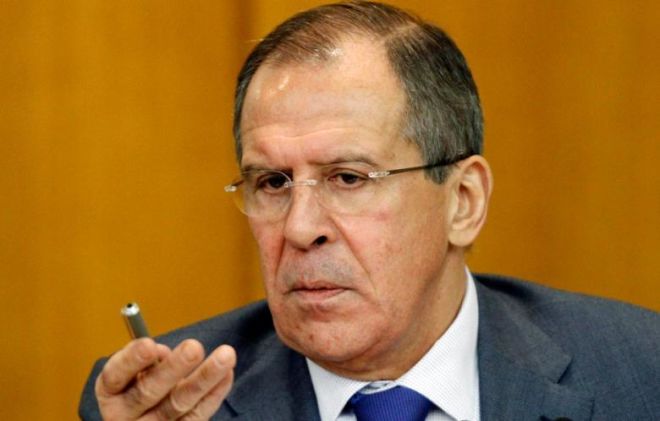 Moscow has called on all players in Syria to form a united front against terrorism and coordinate their actions against the scourge in the war-torn country.

Russian Foreign Minister Sergei Lavrov issued the call at a joint press conference with his Italian counterpart, Angelino Alfano, in Moscow on Monday as the fifth round of the UN-brokered intra-Syrian talks are ongoing in the Swiss city of Geneva.

All countries involved in the Syria issue should set a common goal of battling terror rather than pursuing personal geopolitical interests, Lavrov said.

“We should set a clear aim to fight against terrorism and coordinate our actions,” he added.
Elsewhere in his comments, the top Russian diplomat emphasized that the eradication of terrorism and extremism worldwide, including in Syria and Iraq, is in the interest of all states.

The priority is to fully implement the United Nations Security Council’s resolutions on the Syria conflict and focus on the Geneva peace process, Lavrov noted.

The latest round of the negotiations in the Swiss city kicked off on Thursday after three rounds of discussions, mediated by Iran, Russia and Turkey, brought together representatives from the Syrian government and opposition groups in the Kazakh capital city of Astana.

The UN has urged Tehran, Moscow and Ankara to salvage a Syria-wide ceasefire that would also keep the peace talks on track. Brokered by Russia and Turkey with the support of Iran, the truce came into force last December.

Syria has been hit by foreign-sponsored militancy since 2011. Iran and Russia have been providing assistance to the government of Syrian President Bashar al-Assad to rid the Arab country of terrorist outfits.

Damascus has repeatedly accused the US and some of its regional allies of arming and funding different militant groups fighting government forces on the ground.