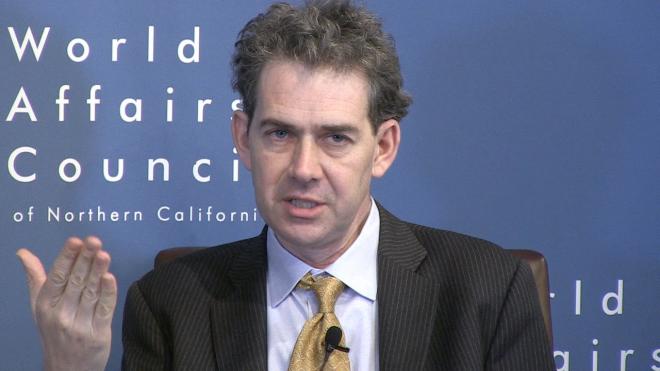 It is obvious that last year was dangerous for settlement of Karabakh conflict. But it may be more dangerous this year because of serious weapons on Line of Confrontation.

Axar.az reports that it was said by famous British politician Thomas De Waal in his statement. According to him there is no alternative way for settlement of Karabakh conflict but diplomatic way.

As a proof, De Waal showed deal which was signed in Vienna:

"Main condition of the contract was deal about strengthening of ceasefire. It was demanded both from Azerbaijani and Armenian governments. But it did not work and contract was not signed. Why? Obviously there were mistakes. It is mandatory for one of the members of OSCE Minsk Group to take responsibility of contract. In addition, format of OSCE Minsk Group should be strengthened. Co - chairs should revise Vienna deal for preventing rise of conflict again".